Back button focus on Sony “A” mount cameras

Back button focusing takes away the focusing operation from the shutter button and assigns it to either a dedicated, or button on the back of the camera assigned by the photographer. Now the normal set up of most wildlife and sports photographers, and now fast gaining popularity amongst the portrait and landscape set owing to the way back button focus works- focus on the subject and remove your finger from the button and you can recompose the scene (for portraits or scenes where the main subject remains static) as the camera no longer refocuses when you push the shutter button half way down. Fast action such as bird in flight or football players running around, pressing and holding the assigned button down, the camera is continuously focusing on the subject (providing the camera is set up to track a moving subject- more on this later. But when the bird or player stops moving, you can instantly go back to focus and recomposing shots without having to make numerous time consuming setting changes—simply focus, release your finger from the button recompose then press the shutter button to take the shot, in effect it is giving you the ability to go from manual focus to continuous focus mode instantly.


Now some people that try this give up straight away and say it’s not for them, but they are giving up to quickly. It does at first feel counter intuitive and awkward, but the main reason for this is, from the first time most people pick up a camera they get used to focus being on the shutter button and so that is subconsciously ingrained from day one. However once the initial “newness” is overcome very few people go back.


Sony A mount cameras such as the Alpha 99mkii or the 77 mkii do not have dedicated AF on buttons, whereas the E mount system does. It is possible however to set them up for back button focusing simply by changing AF w shutter to of (menu 1, page 5 on 99mkii) and the AF/MF  button to AF on (custom key ,menu 2 page 8, 99 mkii) this assigns the AF/MF button  to do the focusing, and is in a suitably comfortable position for your thumb (other buttons such as AEL could be used instead), to change it back- AF w shutter to on and AF/MF button to control hold, so the setting up is quite simple and only involves the two  small changes, however to get the best out of the cameras ability to track moving subjects you should have settings enabled for this ( now I have suitable settings stored in the memory ,and so can jump from say aperture priority into memory 1 just by moving the dial round three clicks- so you can change without taking your eye from the view finder)-the ability to store settings is an often overlooked feature that is very underused by most people, but is a huge plus when you can completely change the set up of your camera in an instant, and will be the subject of the next blog post.


Settings to be aware of are to do with the cameras ability to track a moving subject, the drive mode should be set to continuous shooting (if you opt for continuous shooting hi plus, for twelve frames per second- you will not have continuous live view, continuous live view is available if the drive mode is set to hi which still gives eight frames per second, focus area set to lock on expand flexible spot, AF track sens set to 1(this is a little bit down to individual choice, but its where I like to set it) and find it works the way I want it to. Auto iso, and again I like to have my minimum shutter speed set to 2000, but this is individual choice and would depend largely on the subjects you shoot.


Back button focus is not a setting that can be assigned a short cut key, and is either set up or set to focus with shutter, I do go from back button occasionally and don’t find it a problem to change the settings back and forth- but in the main its back button for most of my day to day shooting 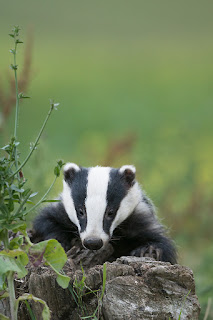 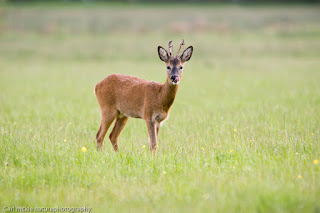 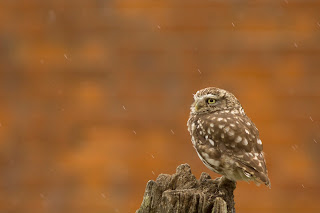 Little owl , Athene noctua summer evening in Wiltshire, sunshine and showers during the session lead to some nice images of little owl, perched on old fence post against a diffuse background, of an old brick barn mantling the food during a heavy shower