Showing posts from September, 2017
Show All

Fungi in a Berkshire woodland 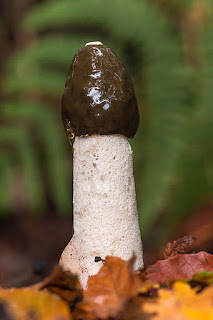 Another day  out on the fungi trail, although it is still early ,plenty about again-recent rains and an Autumnal nip in the air, has brought many of them forward, even a Fly agaric(usually the second half of October here) was past its best and full of slug holes
Concentrating mostly on the Stinkhorns, as they are normally in an awkward spot for photography in this particular site, but they seem to have spread out on to flatter ground, which made things a lot easier- 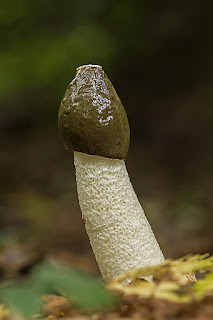 Some time earlier this week , and with the recent rain we have had thought I would have a look in at some of my fungi sites .Surprised at what was actually out already, Large Cauliflower fungi , which I normally  find at the start of October, some had started to go over already! The same with common stinkhorn, although the later still had egg stage fungi , so will continue for some time yet.

Others such as Tawny Grissett and Larch bolete where out in good numbers, both of these seem to go on until the frost gets to them later on, and can make interesting photographic subjects(I really like the Larch boletes that can be quite large and some are a real lemon colour and you would think they would stand out more than they do, but as the wind takes some of the leaves off a bit early, they blend in very well and can be  surprisingly hard to spot